5 Ways To Improve Diversity In Tech

A 2019 analysis by McKinsey found that companies in the top quartile for gender diversity on executive teams were 30% more likely to have above-average profitability than companies in the fourth quartile. 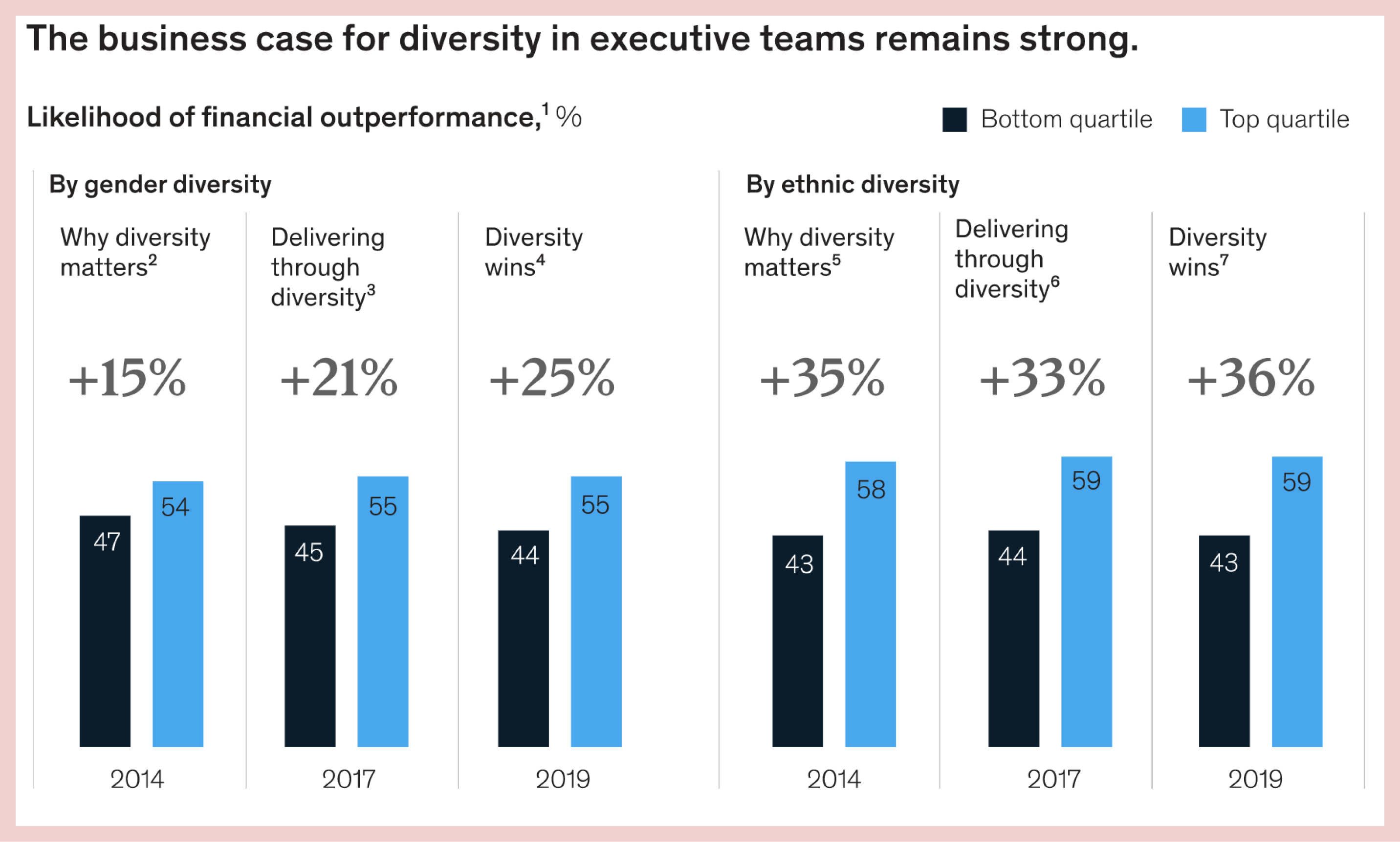 And there’s more: McKinsey actually found that the greater the percent of gender diversity or ethnic diversity, the higher the likelihood of outperformance.

There are countless studies that back this up (example, example, example). Diversity isn’t just some fluff metric that we try to fulfill to make everyone feel good – it helps companies make more money.

Alright, I’m sold on this diversity thing. You are too. But how do we actually move the needle?

I wanted to investigate practical ways in which technology companies have made their teams more diverse and inclusive.

To do this, I analyzed over 20+ companies and categorized their initiatives into the following five buckets:

This is when a company decides to hire only a certain type of person so that they can increase their representation in the company.

In 2015, Gusto publicly committed to increasing female senior engineers from 11 percent to 18 percent. To achieve this, they devoted 100% of their recruitment efforts to women for the next 6 months.

And it worked. The percentage of women engineers on their team went up to 26% and retention over a year later remained high.

At first, this strategy came across as a bit odd to me. If you’re suddenly going to invest all of your recruiting efforts to only target one type of candidate, then isn’t that defeating the whole purpose of being inclusive?

But here’s the thing: talented women are being overlooked just because they are women. And so it makes sense to find them and give them an opportunity to reach their potential.

The biggest detractors will argue that focusing on hiring only a specific type of candidate will lead to standards dropping. But Edward Kim, one of Gusto’s co-founders, disagrees. "It bothers me when people say that prioritizing diversity lowers the bar in terms of the caliber of talent you're able to hire," says Kim. "That is simply not true."

Pros: An aggressive, proactive short-term strategy to get the ball rolling in the right direction

Cons: Seems to treat the symptom and not the cause – why are women being overlooked in the first place?

Ever since Satya Nadella became CEO of Microsoft, the company’s taken its diversity and inclusion goals very seriously.

Judson Althoff, one of Microsoft’s Executive VPs, explains how his compensation package weighs his sales goal and his diversity goal equally. Althoff has skin in the game when it comes to diversifying Microsoft’s candidate pool.

It seems to be working too – women represent over 25% of executives at Microsoft. And what's even more, the company is doing great: 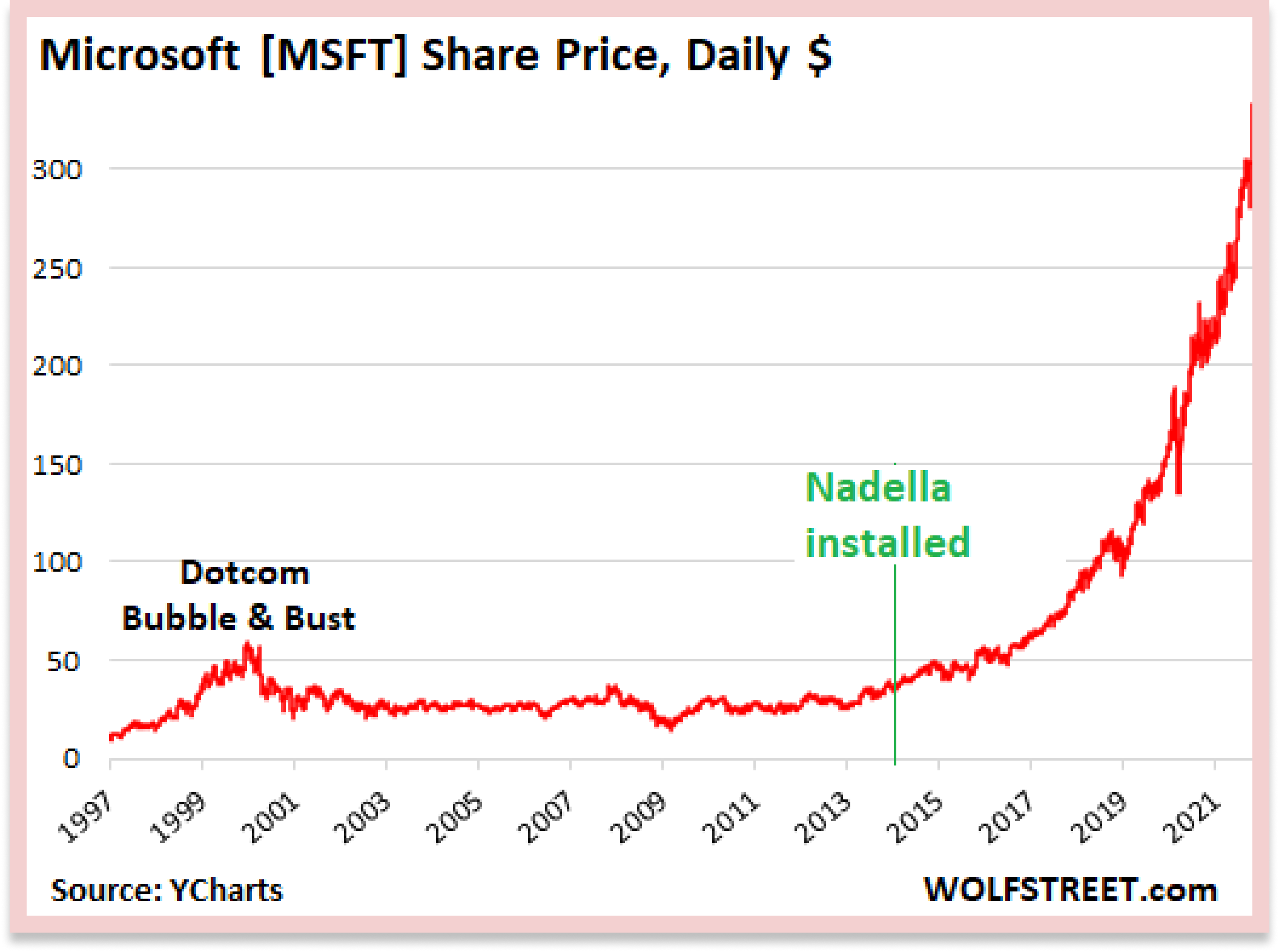 Another example of this is what Starbucks has done: Executives have three-year representation targets focused on increasing Black, Indigenous and Latino representation in managerial positions in the corporate sector. If they hit the targets, payout increases by 10 percent, but if the growth is negative there’s a 10 percent reduction.

Pros: When you’re able to put hard cash behind diversity goals, people tend to move faster. And this is a big sign that these organizations are taking diversity and inclusion seriously.

Cons: We want to make sure that the only reason diversity goals are being hit isn’t just because of the money – incentive programs like this might end up sending the wrong message and not actually changing the perception towards diversity in the workplace.

They ran this program in the Summer and Fall of 2012 and watched the number of applications skyrocket each time. In the summer of 2012, women ended up making up over half of the Hacker School class.

Etsy ended up hiring eight candidates. If you figure that there’s normally a $20,000 placement fee for an engineer, the math works out quite well in their favor.

Other companies have also tried to diversify their sourcing in regards to traditional institutions. For example, Slack has since 2015 sourced candidates from all-women’s coding camps like Hackbright, as well as programs that focus on training black and Latino programmers such as Code2040.

These programs don’t even need to be external. T-Mobile, for example, created a development program for their customer-facing employees, putting them in product technology groups for six-months rotations. Many of them have moved into full-time tech roles.

Cons: The investment upfront is non-trivial and the results are likely mid to long term.

A key initiative that has enabled GoDaddy to improve its diversity numbers is recruiting and hiring prominent and accomplished female executives.

When younger, female engineers see accomplished executives like Elissa Murphy (ex CTO of GoDaddy) and Lauren Antonoff, they want to work at the company.

According to Indu Khosla, who until last year was the VP of Engineering at GoDaddy and spent the better part of a decade at the company: “It’s all about perception — if you see other women in leadership roles, you can see yourself there too. It seems more achievable when you see other women at the top, and this is especially important because we’re focused on hiring more young female engineers.”

I think the cool thing about talent magnets is that it also goes into this discussion of recruitment versus retention, where you can see that strong retention can actually become such a big plus in being able to hire the sort of people that you want to reach.

Second, this also highlights the importance of strong personal brands. If I follow someone on Twitter or Linkedin and I resonate with their ideas, I want to find a way to collaborate or work with that person. Worst case scenario, I’m at least curious about what it is that they do. The more of these “magnets” a company can hire, the better it is for their recruiting funnel.

Pros: Making even just one key, strategic hire can lead to a positive ripple effects and increase in candidate applications

Cons: Big caveat here is that the company has strong retention policies to ensure that “talent magnets” actually want to remain at the company

Studies show that gender coded words like “rockstar” or “ninja” can significantly reduce the number of women applying.

In 2015, Slack worked with Textio, a company that analyzes job descriptions to ensure they appeal to the widest possible audience. If you don’t believe that this can actually have an effect, take for example this job description: 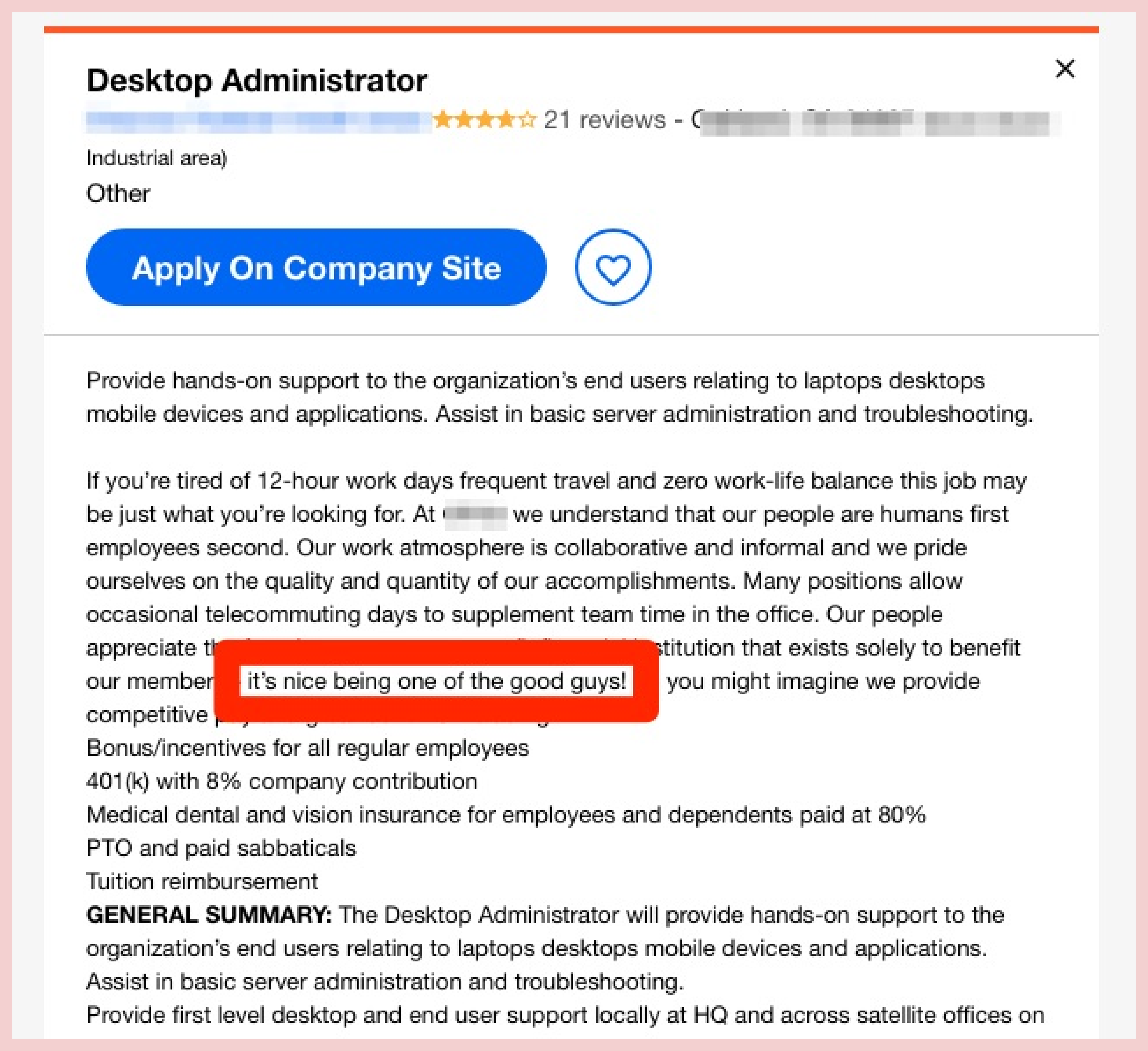 Here are some more examples from a study that analyzed different types of words used in job descriptions. 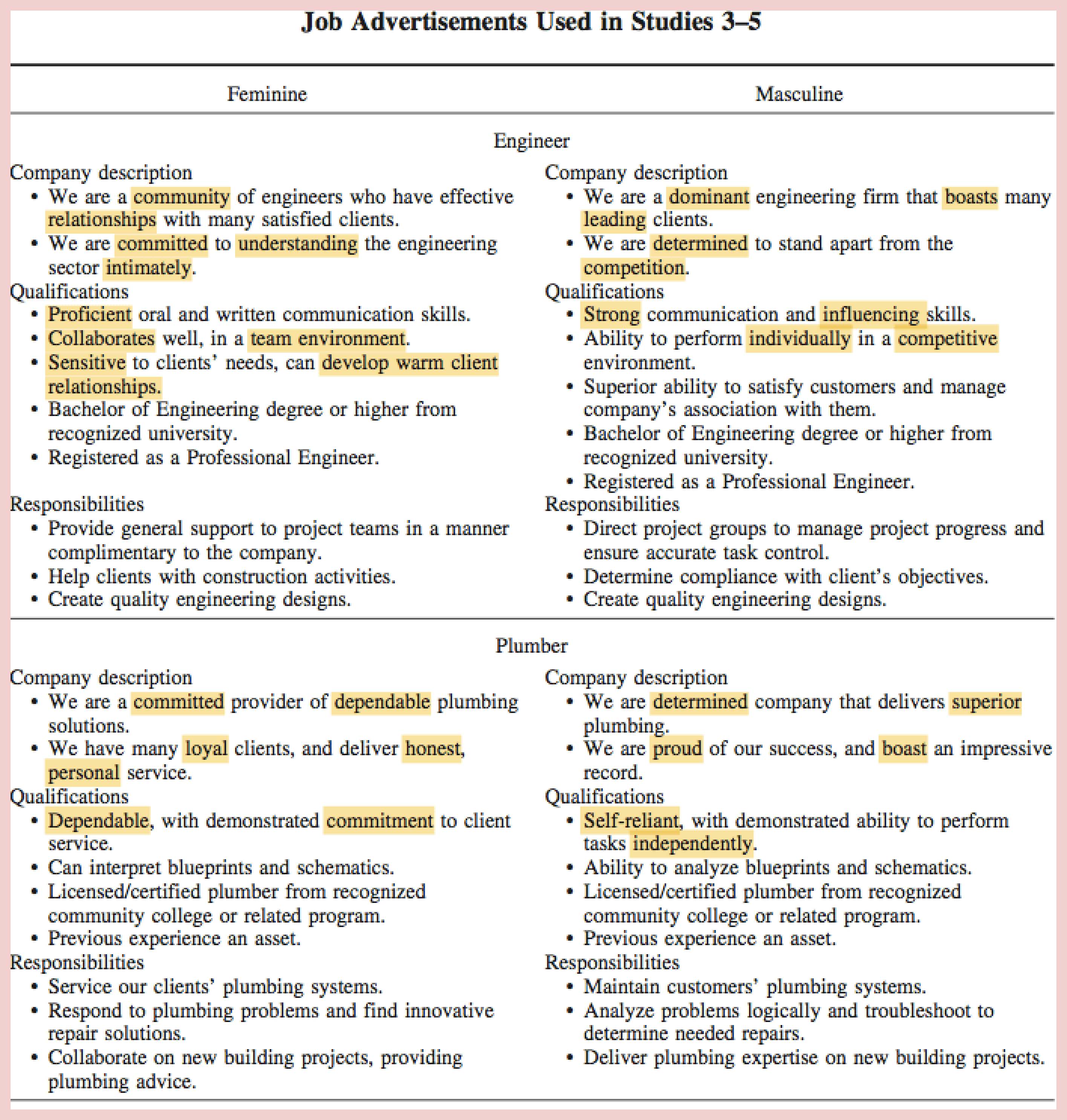 The study revealed that masculine worded job descriptions significantly deterred women from applying to those jobs regardless of whether the job was stereotypically male, female, or gender neutral.

Buffer learned something similar. Less than 2% of its candidates for developer positions were women and they wanted to figure out why.

Cons: Rewriting job descriptions feels like a bit of a luxury expense, one that won’t necessarily be prioritized unless HR orgs have everything else under control

Diversity doesn’t have to be this vague, unachievable ideal that we default to complaining about.

With the right strategies in place, there’s a way to make real progress.

How To Read A Job Description