The traditional way to get a job interview is to submit your resume and pray.

Everyone does this and it’s taken to be the default because it’s easy. You can send the same resume with the click of a button to totally different companies, no effort on your part other than preparing the resume. 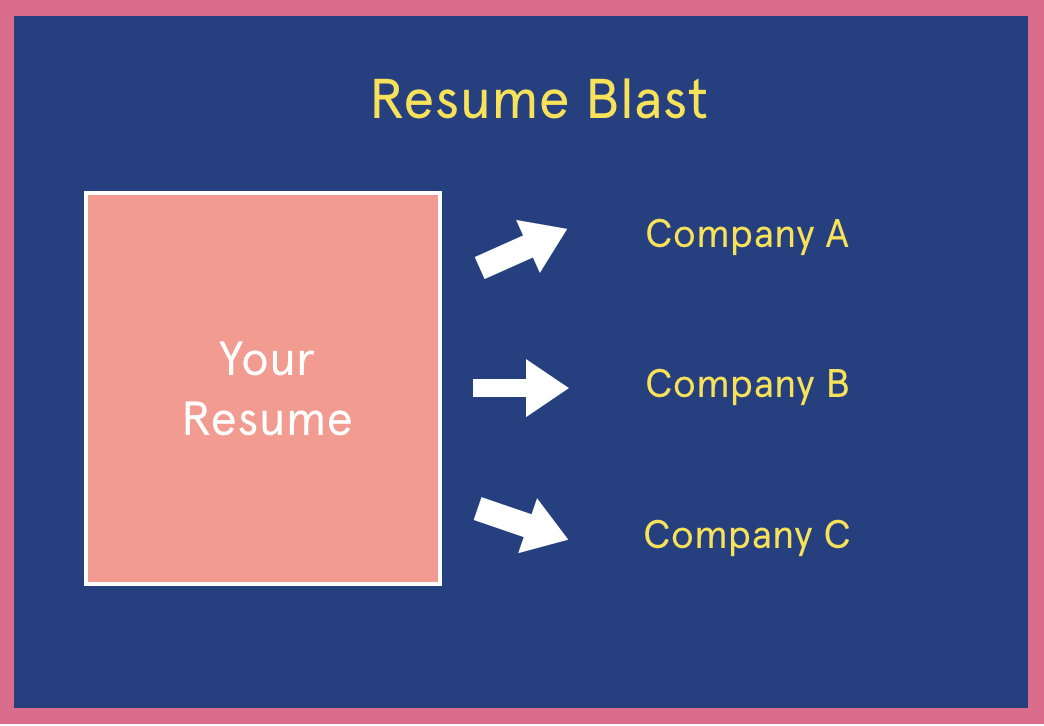 There’s no way to stand out, no uniqueness.

Generally, the way to get around this is to ask for a referral or to reach out to someone at the company for some sort of informational interview. Both of these methods allow for a more personalized approach to job hunting.

But is it possible to go even one step further?

In 2016, Chris Seline was coming off a failed startup and looking for new opportunities.

Unlike most other people, though, Chris wasn’t a fan of the resume blast method.

His strategy was to target specific companies and try to get noticed creatively rather than use the traditional channels and get lost in the shuffle.

Chris decided that he really wanted to work for Reddit.

His plan was to write a blog post and then email it to the CEO of Reddit.

The blog post is thorough - it’s 2000 words, technical, and you can tell a lot of effort was put into it.

Even if Chris had emailed his post to the Reddit CEO, there’s a strong chance he would have gotten an interview. 99% of applicants don’t put this much effort into an application and receiving such a personalized email is a positive signal.

But Chris didn’t just email him.

Here’s how he did it:

Note that Chris only wanted one person to click on this Ad, that’s why he had to go super targeted. 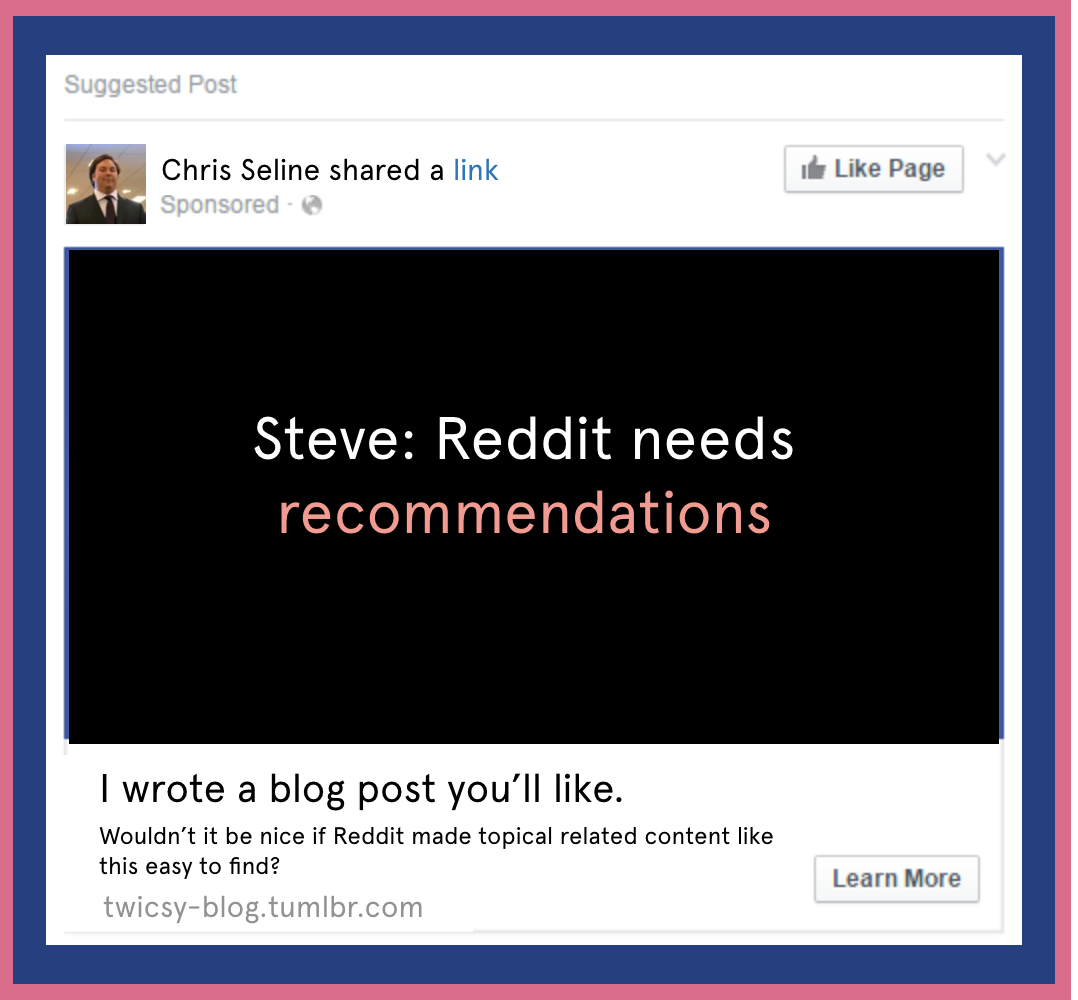 Chris ended up spending $10. The ad reached 197 people. 4 People clicked on it. One of them was the CEO of Reddit.

Next thing you know, Reddit HR reached out to schedule an interview. Nicely done.

I contacted Chris to find out if he actually got the job - here’s what he said:

I did not. It turns out they were just starting a search for "head of search" at Reddit, and asked if I would like to interview for that job. That would have been my dream job, and definitely worth a move across the country, even with 3 kids and a wife in tow (I live in DC), so naturally I was very excited and said yes. But after a few talks they thought I didn't have enough experience with big companies, so they asked if I would be interested in an IC role. I was, but I wasn't willing to move across the country for that, and they didn't want to hire remote workers. So that was that. Chris Seline

The reason this is a fun story is because of the FB Ads.

But I think what people may gloss over is the amount of time and research Chris put into writing the blog post that he eventually showed to the Reddit CEO.

If we go back to the beginning of this case study, notice how I mentioned that just blasting a resume to a company signals nothing unique and frankly a lack of effort.

A good way to resolve problems is to invert them - if we do that here, we get the following:

Chris’ blog post was well researched, relevant, and made him stand out. The FB Ads targeting was just the cherry on top.

Next time you see a job you really want to get, think about how you can go that one step further.

Thanks to Chris for responding to my email. You can read his original blog post on this here.