And yet some people are able to produce massive amounts of output whilst others struggle to complete their work.

You might say this is because some people are more intelligent than others. Or that they just procrastinate less.

Whilst both those answers are probably true, I think they’re lazy answers. Anyone can tell themselves they’re not very smart and then just resign themselves to the fact that they won’t get much done.

I actually think there is a much more likely explanation behind why you might get less done than someone else at your day job: calendar creep.

Let’s define calendar creep as slowly letting your calendar be filled with seemingly harmless meetings that end up crushing your productivity.

Before we talk about this a bit more, though, we need to discuss the opposite of useless meetings.

In his book Deep Work, Cal Newport defines deep work as the ability to focus without distraction on a cognitively demanding task. 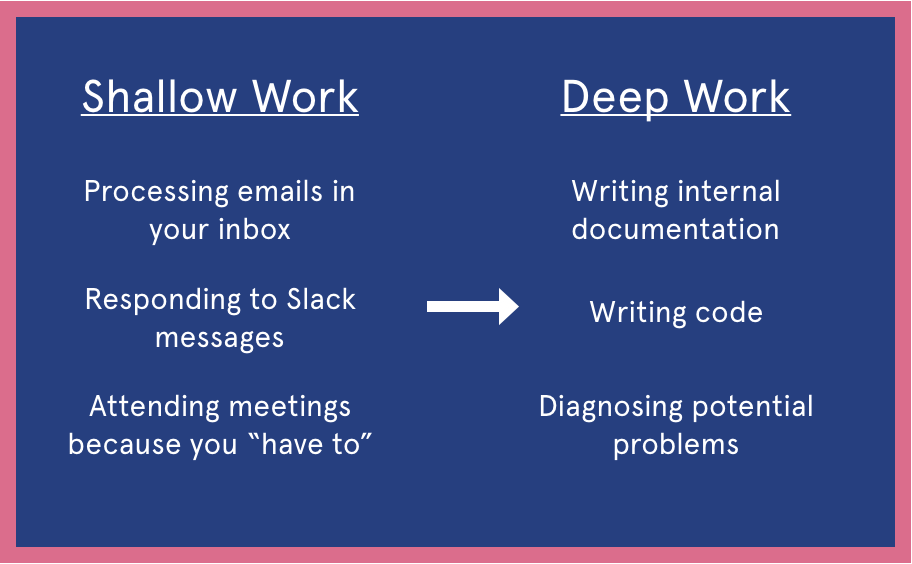 In a workplace in which you’re bombarded by slack notifications, useless meeting invites, and never ending email threads, deep work can be like a superpower.

The people who have the highest output are very likely to also have a lot of deep work embedded into their workday.

The main reason behind this is because there is a massive switching cost to getting distracted. According to a University of California Irvine study, “it takes an average of 23 minutes and 15 seconds to get back to the task.”

But maybe you already knew this. The hard part is actually communicating this to others around you.

How To Say No

Okay, so let’s say a coworker sends you a calendar invite for a meeting you know you’re not going to add value to or benefit from.

It’s easy to fall into the mindset of thinking just one meeting won’t do anything.

But slowly what starts to happen is that more and more of these meetings creep up on your calendar.

Next thing you know, you have to work overtime just to complete tasks that are likely to be the important ones.

Focusing in and out of an important task will both reduce the quality of your work and take you longer to do it.

The problem is that saying no to unnecessary meetings can often be tough. You don’t want to offend people, especially if one of them is your boss.

I’ve found the following two ways to be extremely helpful in dealing with this:

Leverage tools like Loom to communicate your thoughts ahead of time.

Loom allows you to send video messages. When someone sends you a calendar invite for a meeting you don’t need to attend, feel free to send them a message along the lines of:

“Hey, thanks for sending me the invite. Not sure how much value I can add given X, but here are some thoughts I have. If you still need me to attend, let me know and happy to do so :)”

And then attach your video in which you speak on the meeting topic for around 30sec to a minute. If you need to speak for longer than that, then there’s a good chance you actually need to attend the meeting. Here’s an example:


In most cases, the meeting organizer will be completely fine with your response and even appreciate your thoughtfulness in sending them a video message.

The video message makes things personable and allows you to communicate your thoughts faster than through written format. I’m really surprised more people don't do this.

By blocking off chunks of time on your calendar, you can focus on the work that actually matters. 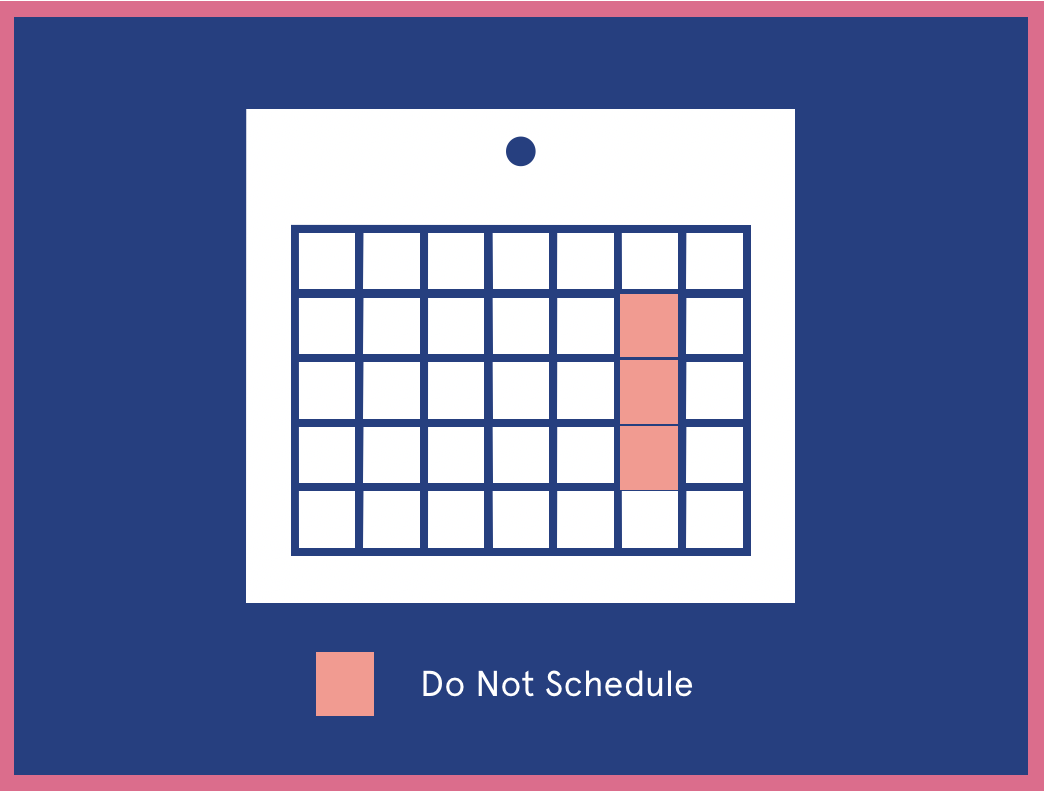 This mainly has two purposes. First, it reduces the ability of someone else to mark off time on your calendar. Remember: this is your calendar. By being aggressive about what you focus on, you’re actually benefiting your company.

Second, it is an intentional way to remind yourself to focus on the work that actually matters.

Don’t get me wrong - there are absolutely going to be meetings that you need to attend and be an active participant in. The tactics that I mentioned above, though, aim to make the % of such effective meetings much higher on your calendar.

Most people don’t pay attention to calendar creep. Don’t be one of those people.

Be proactive and aggressive about guarding your time, and in return, your output will increase.

How To Brag At Work